Azumanga Daioh is a Japanese comedy manga by Kiyohiko Azuma. It was serialized by MediaWorks in the shōnen manga magazine Dengeki Daioh from 1999 to 2002 and collected in four bound volumes. In May 2009, in conjunction with the 10th anniversary of the manga, three additional chapters began serialization in Shogakukan’s Monthly Shōnen Sunday under the title Azumanga Daioh: Supplementary Lessons.

The manga is drawn in a series of vertical four-panel comic strips called yonkoma and depicts the lives of a group of girls during their three years as high-school classmates. The series has been praised for its humor driven by eccentric characters, and Kiyohiko Azuma acclaimed as a “master of the four-panel form,” for both his art style and comic timing.

It was adapted as an anime television series called Azumanga Daioh: the Animation by J.C.Staff, which aired from the week of April 8, 2002 until the week of September 30, 2002. It was broadcast on the TV Tokyo network and AT-X in five-minute segments every weekday, then rebroadcast as a 25-minute compilation that weekend, for a total of 130 five-minute segments collected in 26 episodes. The compilation episodes were released on DVD and Universal Media Discs by Starchild Records; the five-minute segments can be distinguished by their individual titles. Several soundtrack albums were released, as well as three Azumanga Daioh video games. 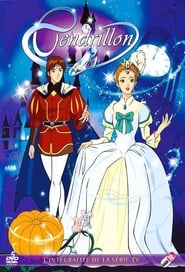