2014 102 min 151 views
The special bond that develops between plus-sized inflatable robot Baymax, and prodigy Hiro Hamada, who team up with a group of friends to form a band of high-tech heroes.
ActionAdventureAnimationComedyFamily

2014 97 min 8157 views
When the evil Yo-Kai Kin, Gin and Bronzlow makes the Yo-Kai Watch disappear from time so they can help Dame Dedtime prevent humans and Yo-Kai from being friends, Nate Adams finds help in the Yo-Kai Hovernyan, who takes Nate, Whisper and Jibanyan 60 years to the past, when the Yo-Kai Watch was first invented by Nate's grandfather, Nathaniel Adams, while ...
AdventureAnimationFamilyFantasy 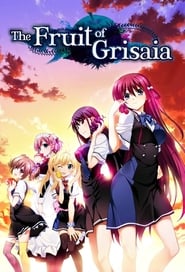 IMDb: 7.7 2014 16539 views
Mihama Academy—on the surface, a closed learning environment established to nurture students who find themselves at odds with the world around them; in actuality, an orchard-cum-prison built to preserve fruit that has fallen too far from its tree. Yet with the arrival of the institute's first male student, the nearly preposterously opaque Kazami Yuuji, the students at Mihama begin to ...

2014 114 min 34511 views
Download Two years after the events of the Fourth Great Ninja War, the moon that Hagoromo Otsutsuki created long ago to seal away the Gedo Statue begins to descend towards the world, threatening to become a meteor that would destroy everything on impact. Amidst this crisis, a direct descendant of Kaguya Otsutsuki named Toneri Otsutsuki attempts to kidnap Hinata Hyuga but ...
ActionAnimationRomance

IMDb: 8 2014 11598 views
Download - GRDIVE High school student Hajime Kindaichi is the supposed grandson of famous private detective Kosuke Kindaichi. Visiting Hong Kong for a fashion event with Kindaichi, our hero's girlfriend Miyuki is captured by a stranger in a case of mistaken identity. The journey to save Miyuki itself leads to yet another crime case...
ActionAction & AdventureMystery

IMDb: 8.8 2014 17622 views
Kousei Arima was a genius pianist until his mother's sudden death took away his ability to play. Each day was dull for Kousei. But, then he meets a violinist named Kaori Miyazono who has an eccentric playing style. Can the heartfelt sounds of the girl's violin lead the boy to play the piano again?

IMDb: 7.7 2014 7391 views
An alien race called Gauna has destroyed Earth. leaving humanity struggling to survive aboard the spaceship Sidonia. Even though it’s been a century since the last encounter with the Gauna, military service is mandatory. For Nagate Tanikaze, whose grandfather secretly hid him in the forgotten bowels of Sidonia, it’s a strange new world as he’s forced to come to the ...

2014 90 min 13570 views
In the suburbs of Tokyo some time ago, there lived a clumsy boy about 10 years old. There appeared in front of him named Sewashi, Nobita's descendant of four generations later from the 22nd century, and Doraemon, a 22nd century cat-type caretaker robot who helps people with its secret gadgets. Sewashi claims that his family is suffering from the debts ...
AnimationFamilyFantasy

IMDb: 8.8 2014 12040 views
At the end of her first year of high school, Futaba Yoshioka suddenly has a chance encounter with her first love, Kou Tanaka. Three years ago, he transferred schools before she was able to say how she felt about him. After meeting each other again, Futaba realizes that he has gone through many changes. He acts more cool and even ...