2004 82 min 15539 views
Naruto is thrilled when he is sent on a mission to protect his favorite actress, Yukie Fujikaze, on the set of her new movie, The Adventures of Princess Gale. But when the crew ventures out to film in the icy, foreboding Land of Snow, Yukie mysteriously flees! Naruto and his squad set off to find her... unaware that three Snow ...
ActionAdventureAnimationComedy 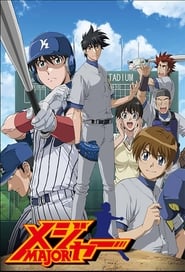 IMDb: 7.8 2004 14903 views
Tenjho Tenge, also written as Tenjo Tenge, is a Japanese manga series written and illustrated by Oh! great. The story primarily focuses on the members of the Juken Club and their opposition, the Executive Council, which is the ruling student body of a high school that educates its students in the art of combat. As the story unfolds, both groups ...
Action & AdventureComedy

IMDb: 7.6 2004 35139 views
For as long as he can remember, Ichigo Kurosaki has been able to see ghosts. But when he meets Rukia, a Soul Reaper who battles evil spirits known as Hollows, he finds his life is changed forever. Now, with a newfound wealth of spiritual energy, Ichigo discovers his true calling: to protect the living and the dead from evil.

IMDb: 8 2004 12433 views
Azuma Kazuma isn't terribly clever, but he's got a good heart and great skill - at baking. Since childhood, he's been on a quest to create the perfect bread to represent Japan internationally. Now, he seeks to enter the famous bakery Pantasia, in hopes of reaching his goal. But plots abound...