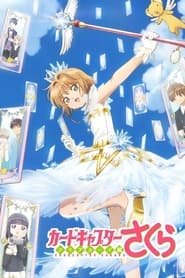 2018 130 views
Fourteen-year-old Sakura starts junior high school along her friends, including Syaoran, who had just returned to Tomoeda. After having a dream with a mysterious cloaked figure, all of Sakura's cards turn blank and are rendered powerless, thus she starts her quest to find out what is wrong. In doing so, Sakura and her allies discover and capture new transparent cards ...

2018 97 min 151 views
Dracula, Mavis, Johnny and the rest of the Drac Pack take a vacation on a luxury Monster Cruise Ship, where Dracula falls in love with the ship’s captain, Ericka, who’s secretly a descendant of Abraham Van Helsing, the notorious monster slayer.
AnimationComedyFamilyFantasy

2018 115 min 187 views
CREDITS: ACE NAKAM ENCODES Maquia is a member of a special race called the Iorph who can live for hundreds of years. However, Maquia has always felt lonely despite being surrounded by her people, as she was orphaned from a young age. She daydreams about the outside world, but dares not travel from her home due to the warnings of the ...
AnimationDramaFantasyRomance 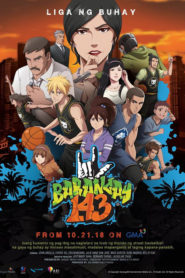 2018 68816 views
The first ever Filipino anime show is scheduled to go on air in October on GMA7. The show features a stellar star cast for its voices and also features music from major Filipino artistes. Barangay 143 is also available as mobile games, comic strips and a whole host of live events. Barangay 143 follows the coming of age story of a ...