IMDb: 6.8 2009 271932 views
Lucy is a 17-year-old girl, who wants to be a full-fledged mage. One day when visiting Harujion Town, she meets Natsu, a young man who gets sick easily by any type of transportation. But Natsu isn't just any ordinary kid, he's a member of one of the world's most infamous mage guilds: Fairy Tail.
Action & AdventureAdventure

2009 74 min 2282 views
On the mystical island of Themyscira, a proud and fierce warrior race of Amazons have raised a daughter of untold beauty, grace and strength: Princess Diana. When an Army fighter pilot, Steve Trevor, crash-lands on the island, the rebellious and headstrong Diana defies Amazonian law by accompanying Trevor back to civilization.
ActionAdventureAnimationFantasyScience Fiction 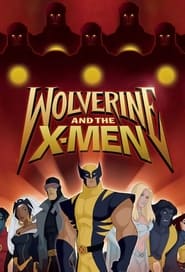 IMDb: 7.6 2009 4176 views
Wolverine and the X-Men must join together again to not only battle the increasingly powerful Mutant Response Division, but also to prevent a catastrophic future that Xavier has warned Wolverine must never come to pass.

2009 114 min 19264 views
20 years after his escape from Impel Down, the legendary pirate Shiki, the Golden Lion, reappears causing massive upheaval to the Marines. During his long seclusion, he was able to come up with a scheme to bring the World Government to his knees. On his way to execute the plan, Shiki crosses paths with the Straw Hat Pirates and becomes ...
AdventureAnimationFantasy