2012 108 min 26254 views
Zephyr, now known as Z, rides the seas with only one goal: Destroy all pirates and their dreams at becoming King of Pirates. When Luffy and his crew encounter him at sea, not only are they utterly defeated by the man with an arm made of Seastone, Nami, Robin, and Chopper are turned 10 years younger due to Z's minion ...
ActionAdventureAnimation

2012 109 min 32884 views
Sixteen years ago, a mysterious masked ninja unleashes a powerful creature known as the Nine-Tailed Demon Fox on the Hidden Leaf Village Konoha, killing many people. In response, the Fourth Hokage Minato Namikaze and his wife Kushina Uzumaki, the Demon Fox's living prison or Jinchūriki, manage to seal the creature inside their newborn son Naruto Uzumaki. With the Tailed Beast ...
ActionAdventureAnimationFantasy 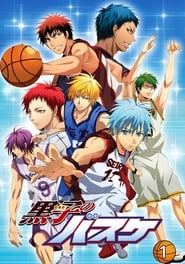 IMDb: 7.9 2012 130803 views
In the story, Kagami Taiga has just enrolled into Seirin High School when he meets Kuroko Tetsuya of the school's basketball team. Kuroko happens to be the shadowy sixth member of the legendary Generation of Miracles basketball team. Together, Kagami and Kuroko aim to take their team to the inter-high school championship - against Kuroko's former teammates.

IMDb: 7.7 2012 57273 views
The players of a virtual reality MMORPG, Sword Art Online, are trapped and fighting for their very lives. After it is announced that the only way to leave the game is by beating it, Kirito—a very powerful swordsman—and his friends take on a quest to free all the minds trapped in Aincrad.