2013 102 min 151 views
A teenager finds herself transported to a deep forest setting where a battle between the forces of good and the forces of evil is taking place. She bands together with a rag-tag group characters in order to save their world—and ours.
AdventureAnimationFamilyFantasy 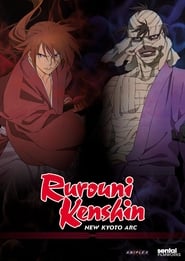 2013 90 min 9070 views
Although she's only sixteen, Misao Makimachi is already a skilled member of the Oniwabanshu ninja clan. Her talents may be all that keeps her alive when a journey in search of the leader of the clan, Aoshi Shinomori, leads her instead into a face-to-face encounter with an even more dangerous man and a plot to overthrow the Meiji government! This ...
ActionAnimation

IMDb: 7.4 2013 95031 views
Sakamichi Onada is a wimpy high school freshman who loves anime. He initially wants to enter the anime club, but winds up joining the cycling club after meeting two classmates who are already famous cyclists. He undertakes the grueling training to compete in races, and discovers his own hidden talent in cycling.
AdventureFamilySports

IMDb: 7.2 2013 22329 views
The story revolves around Haruka Nanase, a boy who has always loved to be immersed in water, and to swim in it. Before graduating from elementary school, he participated in a swimming tournament along with his fellow swimming club members, Makoto Tachibana, Nagisa Hazuki, and Rin Matsuoka. After achieving victory, each of the boys went their separate ways. Time passed, ...
DramaFamilySports

IMDb: 6.5 2013 47860 views
Eijun Sawamura is a pitcher who joins an elite school with a brilliant catcher named Kazuya Miyuki. Together with the rest of the team, they strive for Japan's storied Koushien championships through hard work and determination.
AnimationComedySports

IMDb: 6.6 2013 16770 views
Staz is a vampire from the surreal "Demon World", and Fuyumi, an ordinary girl, accidentally wanders into the Demon World through a portal. Subsequently after meeting each other, Fuyumi is killed by a carnivorous plant and turned into a ghost, causing Staz to take responsibility and pledge to help bring her back to life.
ActionComedy

2013 85 min 20635 views
The events of Battle of Gods take place some years after the battle with Majin Buu, which determined the fate of the entire universe. After awakening from a long slumber, Beerus, the God of Destruction is visited by Whis, his attendant and learns that the galactic overlord Frieza has been defeated by a Super Saiyan from the North Quadrant of ...
ActionAnimationScience Fiction

2013 97 min 22617 views
Kurapika became a Hunter to take vengeance on the Class-A crime group Phantom Troupe who massacred his clan for their unique eyes. The eyes of the Kurta clan turn scarlet in times of anger or emotional agitation and are considered the most beautiful treasures in the world. Kurapika continues to pursue the Phantom Troupe but an unknown party has stolen ...
AdventureAnimation

2013 97 min 23162 views
The strongest Hunters that once existed in the Hunters Association were split into "light" and "dark", and each walked down their respective paths. The "dark" side begins moving in order to massacre all Hunters! What actions will Gon take when the many crimes of Netero and the Hunters Association are unveiled...?!
ActionAdventureAnimation

IMDb: 7.5 2013 14644 views
Foiled by a hero when he’s inches away from conquering the world, the devil finds himself in modern-day Tokyo. With no real-world skills to speak of, the devil is forced to make ends meet flipping burgers at a fast food joint! To stall any further plans of world domination, the hero tracks the devil’s trail and takes on the lowly ...