2012 109 min 32837 views
Sixteen years ago, a mysterious masked ninja unleashes a powerful creature known as the Nine-Tailed Demon Fox on the Hidden Leaf Village Konoha, killing many people. In response, the Fourth Hokage Minato Namikaze and his wife Kushina Uzumaki, the Demon Fox's living prison or Jinchūriki, manage to seal the creature inside their newborn son Naruto Uzumaki. With the Tailed Beast ...
ActionAdventureAnimationFantasy

2004 82 min 15484 views
Naruto is thrilled when he is sent on a mission to protect his favorite actress, Yukie Fujikaze, on the set of her new movie, The Adventures of Princess Gale. But when the crew ventures out to film in the icy, foreboding Land of Snow, Yukie mysteriously flees! Naruto and his squad set off to find her... unaware that three Snow ...
ActionAdventureAnimationComedy

2006 95 min 14492 views
Naruto Uzumaki, Kakashi Hatake, Sakura Haruno, and Rock Lee are assigned to protect the prince of the Land of the Moon, Michiru, during his world trip; other escorts had been hired, but quit due to being treated poorly. The Land of the Moon is a very wealthy nation, so Michiru tends to buy whatever he wants, and has a very ...
ActionAdventureAnimation

IMDb: 8.4 2002 275416 views
In another world, ninja are the ultimate power, and in the Village Hidden in the Leaves live the stealthiest ninja in the land. Twelve years earlier, the fearsome Nine-Tailed Fox terrorized the village and claimed many lives before it was subdued and its spirit sealed within the body of a baby boy. That boy, Naruto Uzumaki, has grown up to ...
Action & AdventureAnimationComedy

IMDb: 7.7 2007 325362 views
Naruto Shippuuden is the continuation of the original animated TV series Naruto.The story revolves around an older and slightly more matured Uzumaki Naruto and his quest to save his friend Uchiha Sasuke from the grips of the snake-like Shinobi, Orochimaru. After 2 and a half years Naruto finally returns to his village of Konoha, and sets about putting his ambitions ... 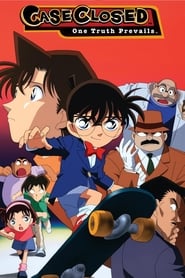 IMDb: 5.9 1996 146231 views
window.location.href = 'https://drive.google.com/drive/folders/1P9RdLB0XTt1pbsTCyQ9YiVqktYTrcPOs' Download Part 1 - 51 episodes Download Part 2 The son of a world famous mystery writer, Jimmy Kudo, has achieved his own notoriety by assisting the local police as a student detective. He has always been able to solve the most difficult of criminal cases using his wits and power of reason.