IMDb: 7.6 2007 24943 views
The year is 2307 A.D. Although fossil fuels have been depleted, humanity has obtained a new source of energy to replace them, in the form of a large-scale solar power generation system based on three huge orbital elevators. However, the benefits of this system are available only to a handful of major powers and their allies. In this world of ...
ActionAction & Adventure 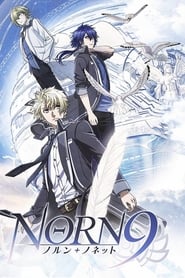 IMDb: 4.3 2016 12169 views
Guided by a strange, haunting song, elementary-schooler Sorata Suzuhara from the Heisei Era is warped back in time to 1919, in a high-tech ship called Norn9. This ship, flying above towns resembling that of the Meiji or Taishō period, harbours The Gifted, a group of three girls and eight boys with special abilities. As he tries to find a way ...

IMDb: 7.8 2004 14862 views
Tenjho Tenge, also written as Tenjo Tenge, is a Japanese manga series written and illustrated by Oh! great. The story primarily focuses on the members of the Juken Club and their opposition, the Executive Council, which is the ruling student body of a high school that educates its students in the art of combat. As the story unfolds, both groups ...
Action & AdventureComedy

2006 95 min 14492 views
Naruto Uzumaki, Kakashi Hatake, Sakura Haruno, and Rock Lee are assigned to protect the prince of the Land of the Moon, Michiru, during his world trip; other escorts had been hired, but quit due to being treated poorly. The Land of the Moon is a very wealthy nation, so Michiru tends to buy whatever he wants, and has a very ...
ActionAdventureAnimation